Destination guide for anime and manga fans in Japan

Over the past few decades anime (Japanese animation) and its older cousin manga (Japanese comic books) have become major cultural exports. This trend is down to online communities, such as streaming site Crunchyroll, making the medium so much easier for overseas fans to access. And it follows that those wanting to experience the birthplace of their hobby is also on the rise. Here we bring you our guide to the top anime and manga attractions in Japan.

Arguably the mecca of Japanese popular culture, the district of Akihabara, nicknamed ‘Electric Town’ (owing to its multitude of shops selling electronics) is the ultimate destination for anime and manga fans. Packed with high-rise buildings home to speciality shops, gaming arcades and maid cafes, the area delivers what most people imagine of contemporary Tokyo. If you’re taking one of our Budget Japan Tours or our Japan Family Adventure you’ll have the opportunity to explore Akihabara during your time in Tokyo.

It’s very easy to spend hours exploring the shops dedicated to anime and video games merchandise. Artfully cluttered displays of figurines, playing cards, manga and plush toys fill the shelves and cabinets. They often also stock a selection of wigs and costumes for Cosplay. The Tokyo Anime Center is one place that’s particularly worth making a beeline for. Located in the UDX Building near Akihabara station, it’s a multi-purpose space which hosts temporary anime-related exhibitions and events. It also has a shop with an amazing selection of merchandise, ranging from affordable knick-knacks to expensive collectors’ items.

Getting there: Akihabara Station is on the JR Yamanote, JR Keihin-Tohoku and JR Sobu lines and the Tsukuba Express and Hibiya lines on the Tokyo Metro. 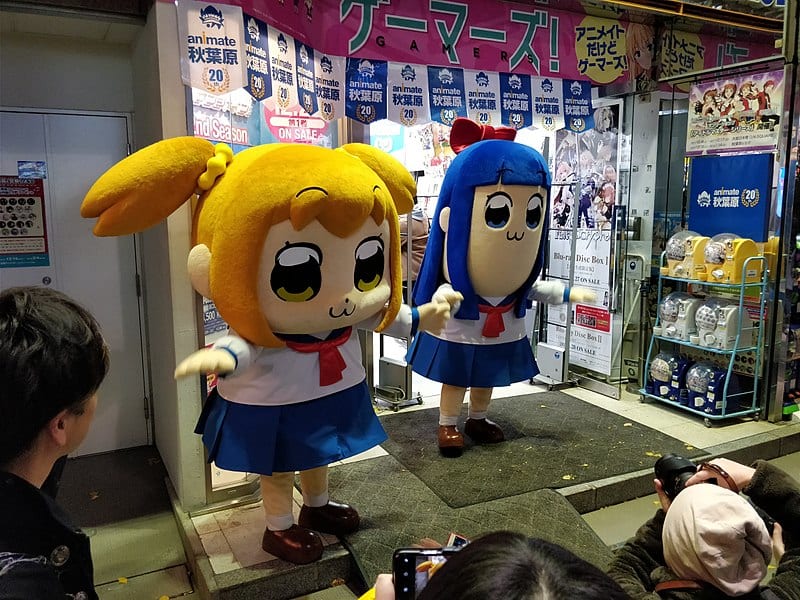 Ikebukuro is another buzzing neighbourhood with plenty of manga and anime related attractions. If you know your Pichu from your Pikachu, then head to the Mega Tokyo Pokemon Center inside giant shopping mall Sunshine City. You’ll find a mind-boggling array of Pokemon merchandise – much of it exclusive. There are a number of giant Pokemon statues dotted around the store, so if you’ve always wanted a selfie with Charizard – this could be your chance.

Getting there: Ikebukuro Station is on the JR Yamanote, Saikyo and Shonan Shinjuku lines. It is also on the Tobu Tojo Line, the Seibu Ikebukuro line and the Marunouchi, Yurakucho and Fukutoshin lines on the Tokyo Metro.

The manmade island of Odaiba was originally a series of smaller fortressed islands, built in the 19th Century to protect Tokyo against invading forces. The islands were later joined together and transformed into an entertainment district.  It is connected to the city by the Rainbow Bridge, built in the early ’90s.

There are a whole host of museums, shopping malls and arcades to visit on Odaiba, which is also known for its bold and experimental architecture. Wackier landmarks include a replica of the Statue of Liberty and a Venice-themed shopping mall, complete with ornate fountains and a ‘false sky’ ceiling. Anime fans should head for the Diver City mall, famous for its giant Gundam statue. The original statue was dismantled at the end of 2017 and has now been replaced by a bigger – and better – version.

Getting there: You can access the island on foot by crossing the Rainbow Bridge. Alternatively, connect onto the Yurikamome automated trainline at Shimbashi Station for amazing views across Tokyo Harbour. Odaiba is also served by the Rinkai Line or you can access it by boat from Hinode Pier and Asakusa. 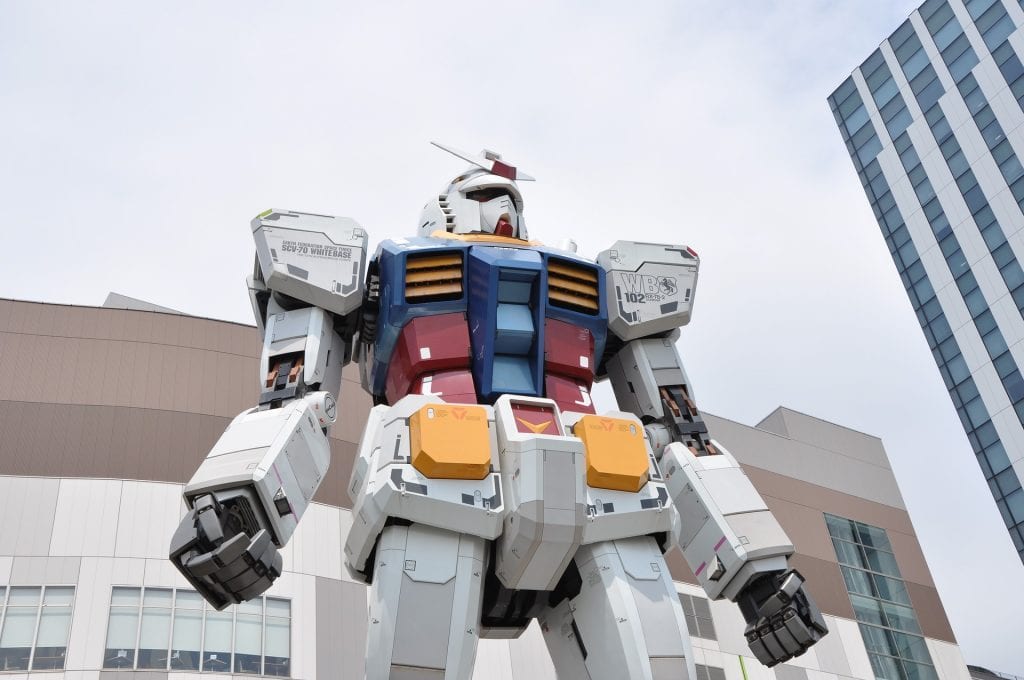 Nakano Broadway is a four-storey shopping mall, with many of its stores dedicated to anime and manga related merchandise. The second and third storeys have the main concentration of these stores. You’ll find stores selling everything from clothing and CDs, to figurines and manga. If you’re hungry after having a good look around, head to one of the alleyways near the station.  You’ll find a wide range of affordable restaurants and izakaya (Japanese pubs).

Getting there: Nakano Broadway is a short walk from Nakano Station. Take the JR Chuo Line or the Tozai line on the Tokyo Metro.

Other attractions to visit

To get to the heart of where anime comes from, visit Asagaya Anime Street. This low-key covered shopping street is located in an area home to many animation studios.  More hardcore devotees will have fun browsing its shops and cafes, some of which are owned by studios.

Getting there: Asagaya Anime Street is a four-minute walk from Asagaya Station, which is on the JR Chuo Line.

The Ghibli Museum, located on the outskirts of Tokyo is an unmissable attraction for fans of the legendary animation studio. If you’re travelling on our Japan Family Adventure, or taking a private tour with us – you’ll have the chance to visit.  Exhibits include a life-sized Cat Bus for younger children to play in and the opportunity to watch a short film produced by Ghibli and exclusive to the museum. The attention to detail throughout – from the stained-glass windows portraying Ghibli characters to the tickets made of pieces of film reel – is remarkable. The gift shop is also full of exclusive merchandise and well-made souvenirs.

Getting there: You can take the JR Chuo Line from Tokyo to Mitaka Station. Then either walk to the museum (about 20 minutes) or take the dedicated shuttle bus. 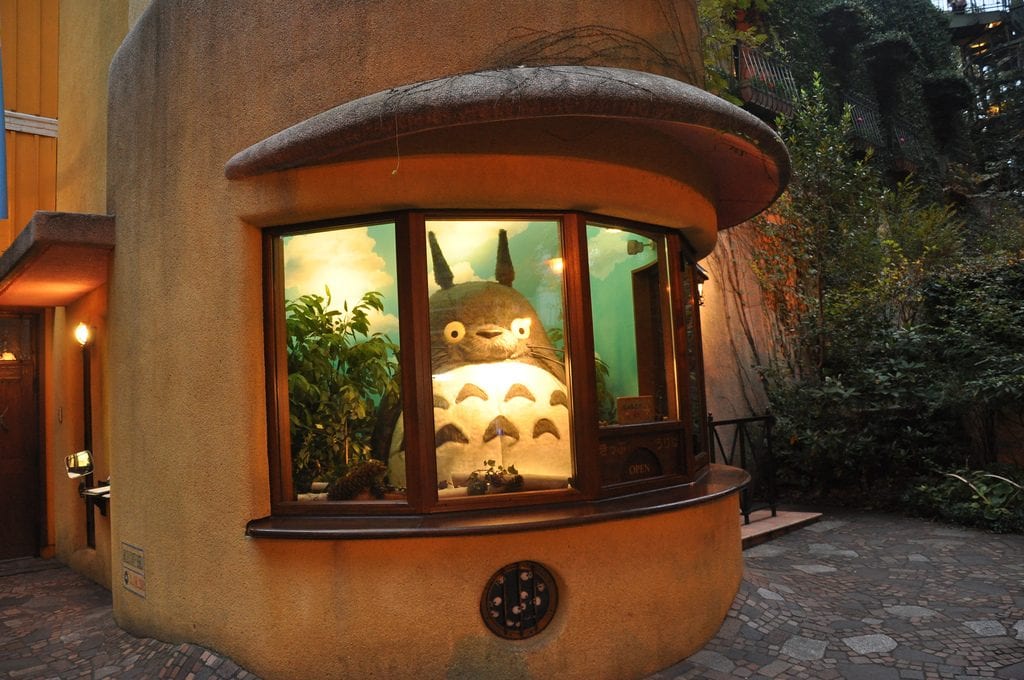 The International Manga Museum in Kyoto is housed in a former elementary school. It contains thousands of volumes of manga for the public to browse.  The library includes a small section of manga translated into English, as well as an exhibition and events space. On Day 7 of our Japan Family Adventure, you’ll have the chance to explore the museum.

Getting there: The museum is a two-minute walk from Karasuma-Oike Station.

Check out the itineraries for our 7-day Anime Japan Adventure and 13-day Budget Japan Tour, or get in touch with any questions. 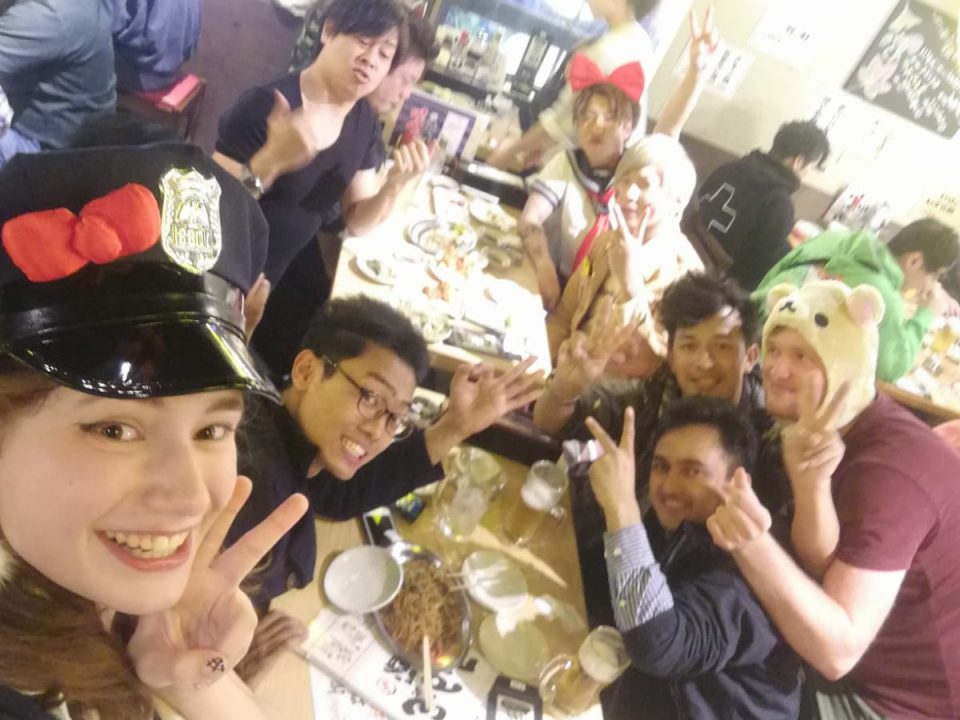