Top Waterfalls to Visit in Asia

There’s something magical about waterfalls and they’re a classic attraction for travellers exploring nature. If you want to wise up on where you should be visiting, we drew up a list of our favourite waterfalls to visit in Asia. From the world famous to the hidden gems!

For travel fans then this one won’t come as a surprise. It’s a must-visit location for anyone travelling in Southeast Asia, and with good reason. What makes the falls so attractive is the series of drops which make it up, forming pools as it goes down. These crystal clear spots of water are open to swimming and make for a true ‘Southeast Asian paradise’ feel. Legend has it that the falls were formed by a golden deer made its home under a rock in one of the falls. Though, if you want to get more scientific, it’s the light reflecting off the calcium carbonate in the water which gives them their distinctive colour. 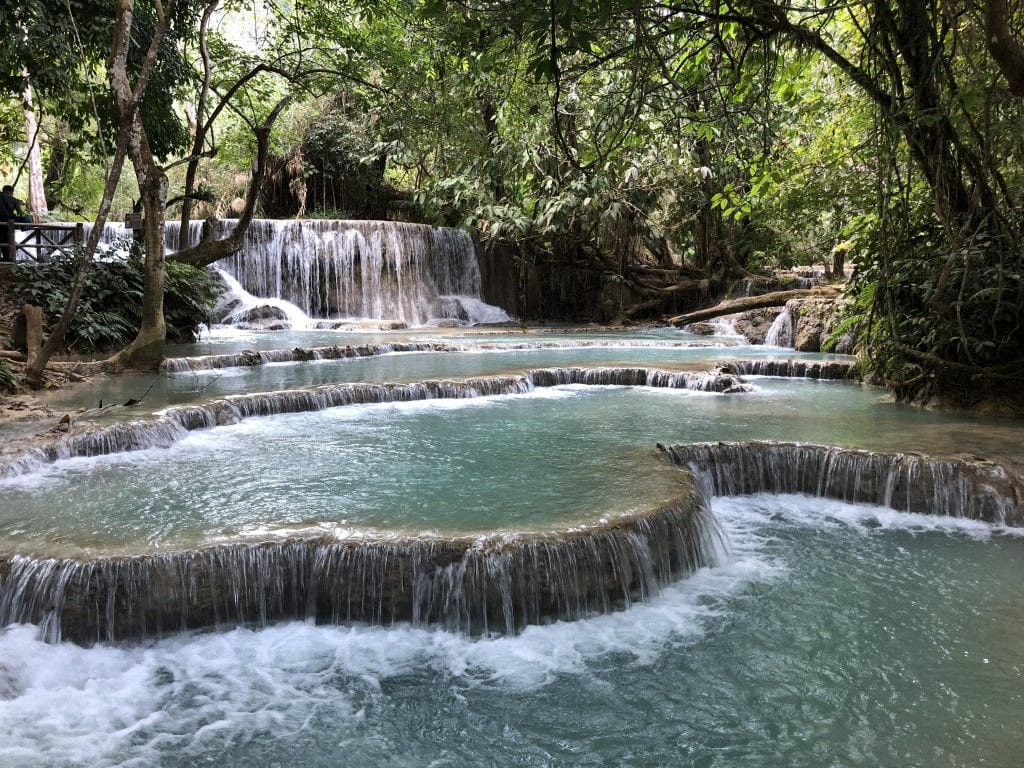 From iconic spots to a hidden gem, this waterfall is a personal favourite of ours that’s a little less known to others. Tappiya definitely has a cult following, with some other travellers still ranking it amongst their favourites. The waterfall is located near the Filipino village of Batad and is of great pride to the local community. On our tour we use a local guide to take us on a trek along the surrounding rice terraces to the secluded waterfall. A lot of what makes Tappiya so great to visit is these stunning hills and the rice terraces along them. The waterfall takes a drop of 30m into a plunge pool and, if you go in the early morning, you can often catch a rainbow across the droplets. 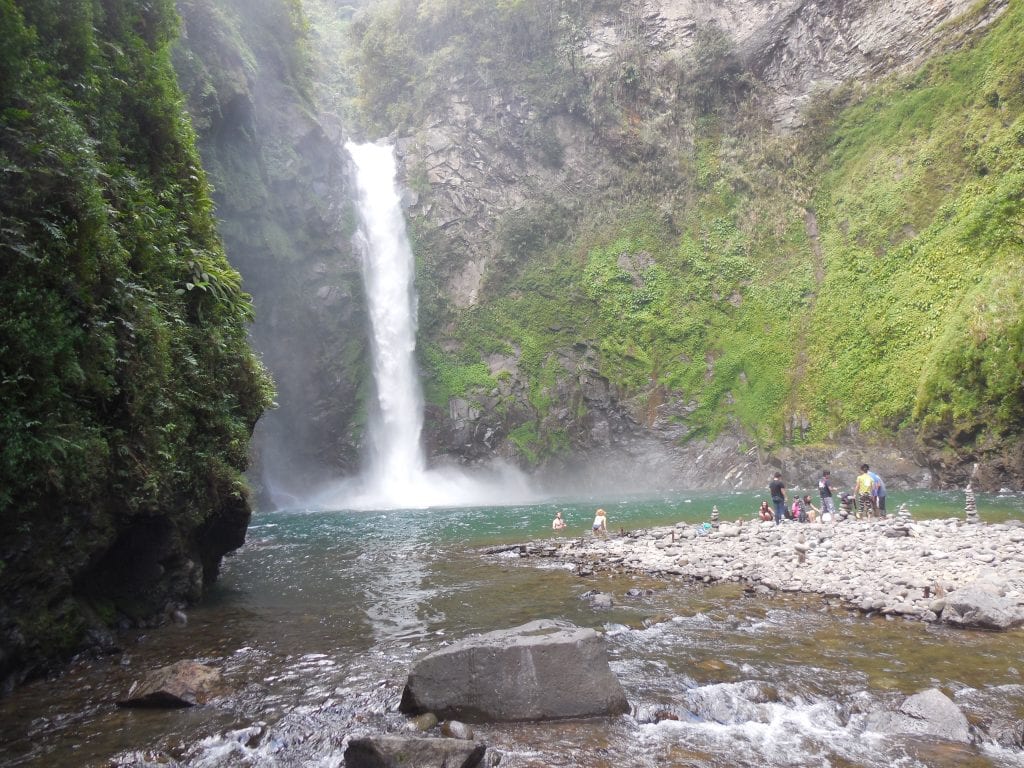 Jeju Island is South Korea’s offshore getaway for travellers looking to immerse themselves in greenery and coastline. The island is full of waterfalls but Jeongbang is set apart from the others by the fact it falls directly into the ocean. In fact, it’s the only waterfall in Asia to do so! There are a few agent legends about Jeongbang, including that a holy dragon lives beneath it. If you’re feeling a little unwell, splash some of the water in your face as the dragon’s spirit is said to lie within the water and can cure diseases! 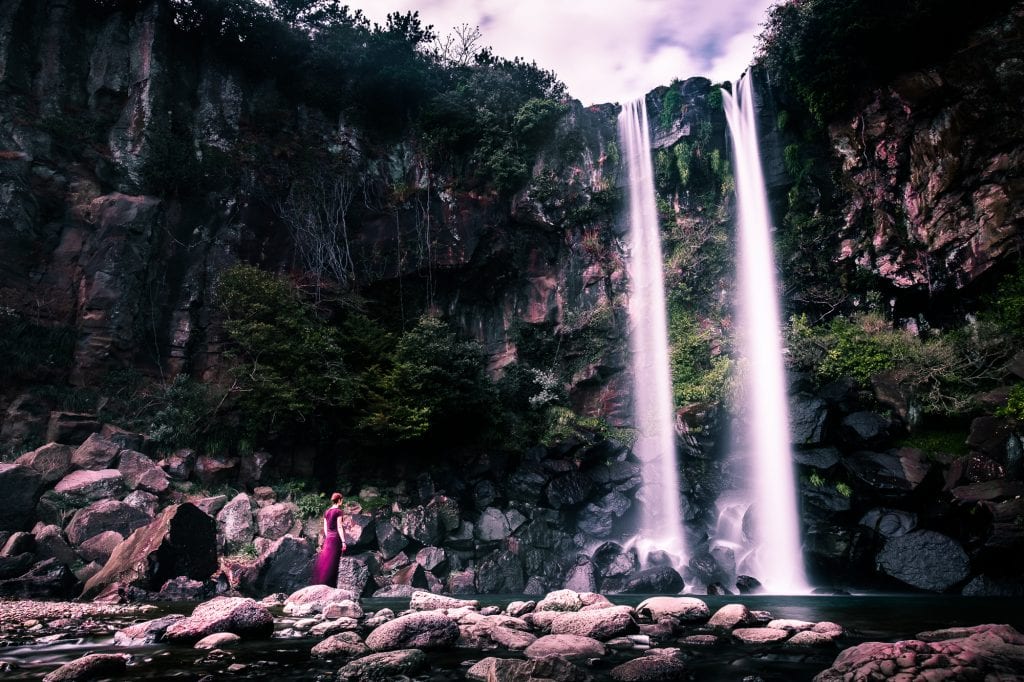 On our Central Asia Adventure we take a hike here from Lake Issyk Kul (the 10th largest in the world!) It’s another waterfall that’s made interesting by the hike. Unlike some of the others on this list, its recent historical sites you’ll see, including an abandoned bust of Yuri Gagarin left from Kyrgystan’s days in the USSR. Barskoon drops home a height of 24m and when you reach it you’ll feel the refreshing droplets of water hitting you’re face. This one is probably the most obscure on our list but (take our word for it) it’s definitely worth visiting! 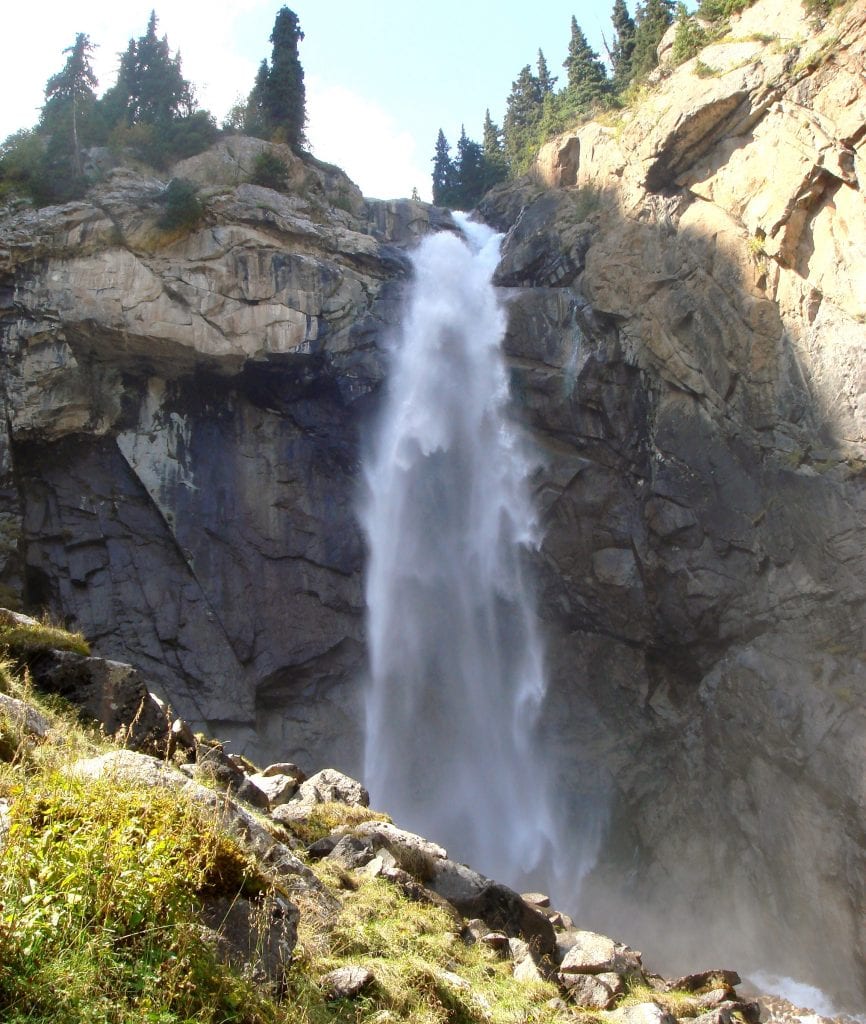 Like many of the waterfalls on this list, Madakaripura is a little out the way from nearby towns! On our Indonesia Adventure we make a stop here by truck on our way back from Mount Bromo.  It’s the biggest waterfall in East Java and well worth paying a visit. It’s a short hike through some dense jungle to reach it but once you’re there you’ll feel as if you’ve discovered a hidden wonder. The rocky, mountainous surrounding means the waterfall drops down a cylindrical canyon along giving it a unique style. Stand at the bottom and marvel at the water plunging down from above! 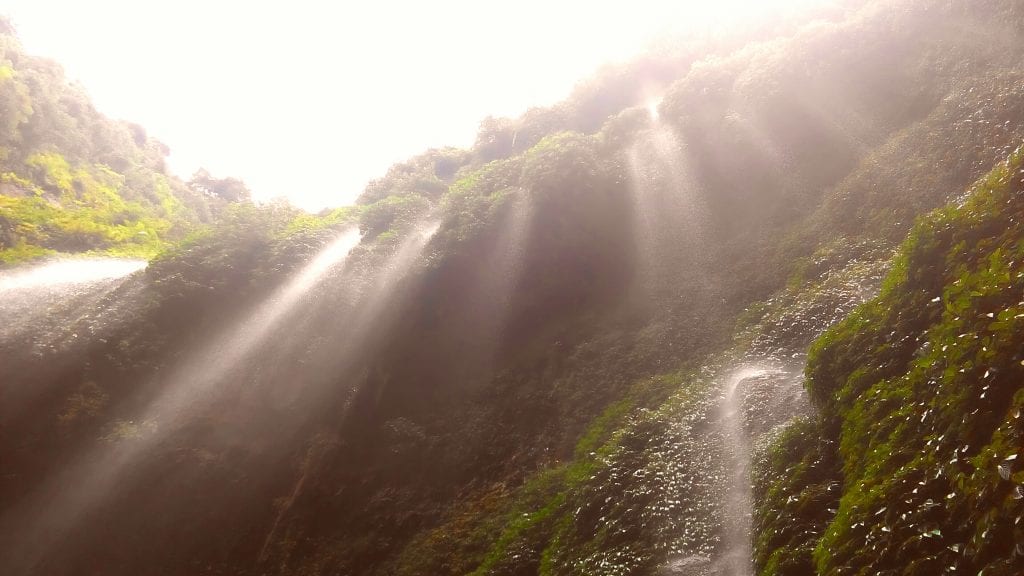 Ready to explore Asia? Take a look at our Adventure Tours. Drop us a message in the chat box below or send us an email at trips@thedragontrip.com to find out more! 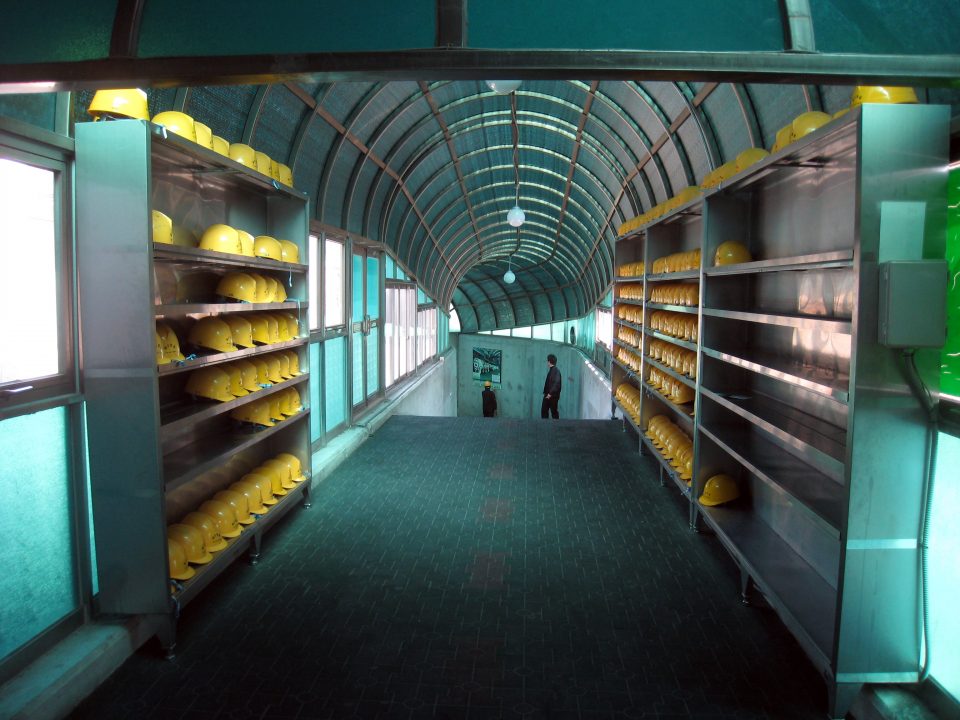 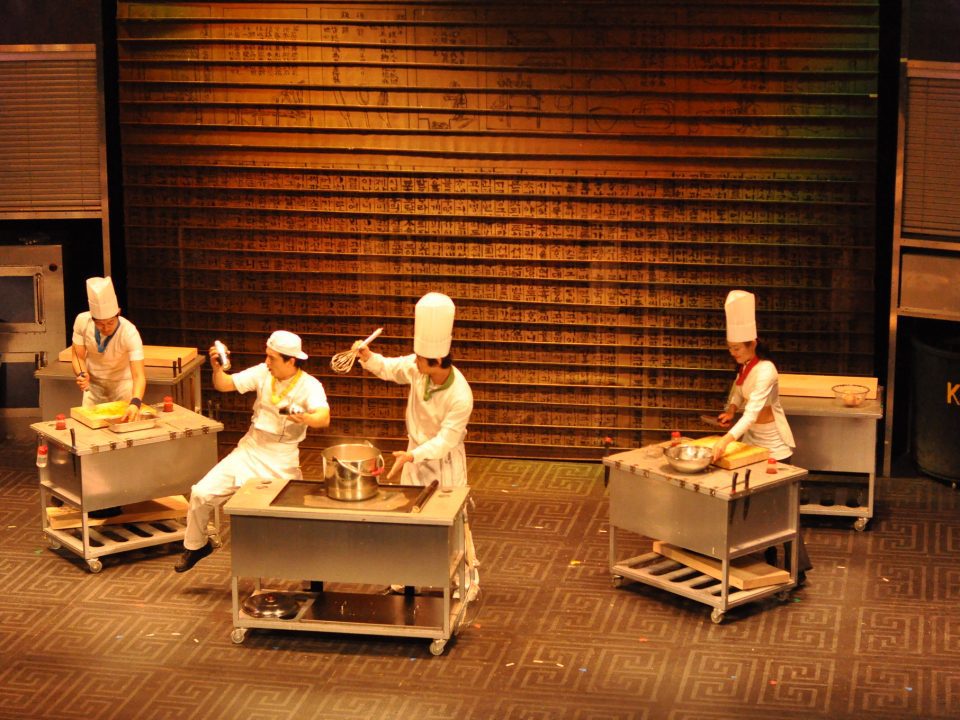