It’s been almost twenty years since South Korea stunned the world of football with their run to the semi finals of the World Cup. This blog steps back to 2002 and explores the dramatic nature of their run along with the impact of hosting the tournament. It’s easy to see the popularity of football when you travel to South Korea and the nation’s stars are lionised. This tournament had a huge effect in raising the profile of the nation around the world as they defeated Italy, Spain and Portugal on their way to becoming the most successful Asian football team in any World Cup!

The decision to host the tournament together was hardly a smooth process as both Korea and Japan (the co-hosts) had spent millions in a bidding war as each nation sought to host the competition independently. It was eventually decided that they would host the competition together and it was hoped that this would result in more harmonious relations between the two nations. The announcement, in 1996, that they would both host the tournament was a real shock to everyone including the Japanese FA who had believed they had been virtually assured of sole-hosting rights by the then FIFA president, Joao Havelange. This was to be the first time a tournament would be co-hosted and that presented a myriad of logistical challenges – not to mention the question of who would host the final. It was also to be the first time that 2 nations were granted automatic entry into the World Cup. Despite the initial problems, both nations rose to the challenge and built new stadia, improved infrastructure and ultimately hosted a fantastic festival of football over one unforgettable June month at the start of the World Cup century. The President of the Korean FA, Lew Chun Dong, explained that the tournament would give “the rest of the world the chance to see that Asian teams can play football.”

South Korea has been amongst the continent’s most successful teams and had qualified for 5 previous World Cups. However, that was where the success ended and they had never even won a match at this flagship event. At the most recent tournament, in France in 1998, they’d suffered a humiliating 5-0 defeat to the Netherlands. They were not seen by many as a realistic prospect to make it out of the group stage let alone launch an assault on the latter stages. However, they had employed one of world football’s most experienced coaches in the form of Guus Hiddink. The Dutchman brought with him an impressive pedigree having managed Real Madrid, Valencia and, indeed, the Dutch national team who so comprehensively defeated the Koreans 4 years earlier. He was not universally welcomed by the local fans who were sceptical towards only the second foreigner to take charge of the national team. TV commentator, Jeon In Sook, admitted that “no one really believed Korea would get into the last 16.” Having been drawn in a tricky group featuring Poland, USA and a Portugal side containing several members of their “golden generation” few gave Korea much chance and it’s fair to say expectations were low.

26 minutes into the opening game, South Korea had their perfect moment realised when Hwang Sun-Hong struck the first goal against Poland. Goalkeeper, Lee Woon Jae described the feeling of “nerves going away and feeling the passion and support of the fans.” Another goal in the second half secured the 3 points and a draw against the industrious U.S.A set up a key game against Portugal. Korea needed a draw to secure qualification which was no easy task given the presence of world-class players like Luis Figo and Pauleta in the Portugal line up. They ended up getting the win with Park Ji Sung netting a second half winner to ensure they topped the group and went into the last 16 with a real spring in their step. At this stage, the Korean public were more than just getting behind the team- they were coming out in droves to support them. Images of squares filled with adoring fans and supporters thronging the streets appeared and the progress of the side became a true national obsession. In the words of super-fan, Kim Jung Yeon a “whole new street culture was being created.” This was only just the beginning of what about to become an even more remarkable ride….

In the last 16- the Koreans faced a true giant of international football: Italy. The Azzurri had already won 3 world cups and boasted a stellar line up with such luminaries as Maldini, Buffon and Vieri. It felt like an inevitably that the normal order would impose itself and this feeling lingered right up until the 88th minute with the Italians leading by one goal. Korea had actually missed an early penalty and the taker had been the team’s Italian based superstar: Ahn Jung Hwan. What followed in the next 40 minutes will go down in Korean football folklore with the Asian team netting both at the end of normal time to equalise and then again at the end of extra time to go through. The winning goalscorer was none other than Ahn Jung Hwan.

If the street parties and excitement were at fever pitch before then things were now at a stratospheric level. Korea were in the last 8 of a tournament that had already been shorn of pre-tournament favourites, France, and anything seemed possible. Spain were the opposition in the quarter final. At that stage, Spain were perennial underachievers at major tournaments and the tension appeared to afflict both sides as the game petered out into a tense 0-0 draw. Penalties followed and it was the Spaniards who blinked first with a weak penalty from Joaquin. The Koreans were unblemished from the spot and subsequently made it through to the last 4. Delirium ensued on the streets of the country and a nation drew to a halt for the semi final. Unfortunately, the dream then died as a ruthlessly efficient German side edged Korea out in a tight match with Michael Ballack’s goal breaking the deadlock and the hearts of the Korean fans.

The impact of the 2002 World Cup has been manifold across various different aspects. Firstly, it normalised the notion of shared hosting and this model has since been followed at European Championships and will be replicated at the 2026 World Cup. It gave international football a shot in the arm and showed that the game was truly global with potential winners coming from all corners of the global game.

On a national level, it sky-rocketed Korea’s profile in the football world and the nation has continued to qualify for every competition since and made it back into the last 16 in 2010. The infrastructure developed for the tournament has also helped the K-League and inspire a new generation of talents. One of the Premier League’s best players is Korean- Tottenham’s Son Heung Min and there’s Korean presence in many of the game’s major leagues. The national side will continue to be a threat for the foreseeable future. Plus- it also led to more major sporting events being hosted in Korea such as the Pyeongchang Olympics in 2018. Korea bid unsuccessfully for the chance to host the 2022 World Cup but it’s highly likely the competition will return to Seoul at some stage in the next few decades. Ultimately, the legacy lives in the form of the memories it created for all those living in Korea at the time. There’s a fascinating museum dedicated to the tournament in Seoul which is well worth checking out if you travel to South Korea. For now, feast yourself on the memories and remember a time when an Asian tiger almost took on the whole world and won!

Ready to travel to South Korea in 2021? Take a look at our tour here, or browse our other adventure travel tours. Drop us a message in the chat box below or send us an email at trips@thedragontrip.com to find out more! 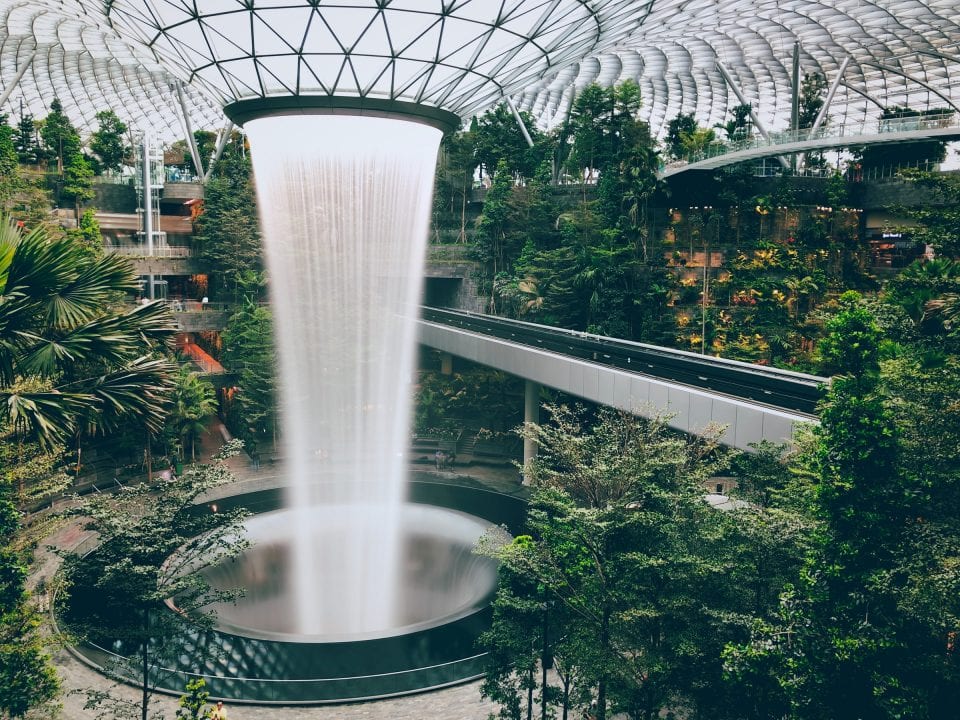 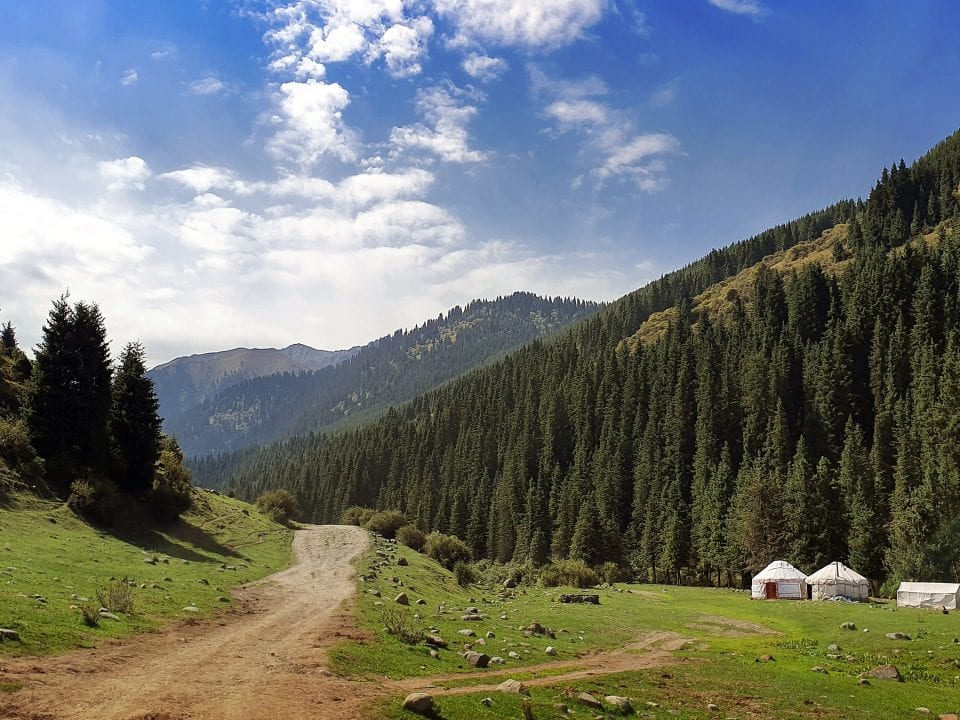