Busan is South Korea’s second largest city, with a stunning coastal location and fascinating history. Lying on the seafront means it has some of the best seafood in South Korea – though it is not limited to that by any means at all. Here’s our guide to some of the tastiest food in Busan!

It might surprise you to know that one of the city’s most iconic specialities isn’t actually seafood based. The meaty ‘gukbap’ soup is made throughout Korea but the Busan take specifically uses pork, giving it the name ‘dwaeji gukbap’. The broth normally combines pork stock, rice wine, garlic and sometimes miso. It’s then mixed with noodles or rice and covered with slices of pork to serve.

If you’re walking around Busan trying to find somewhere that serves the dish, it won’t take you long. There are restaurants which cook this food speciality on almost every street. 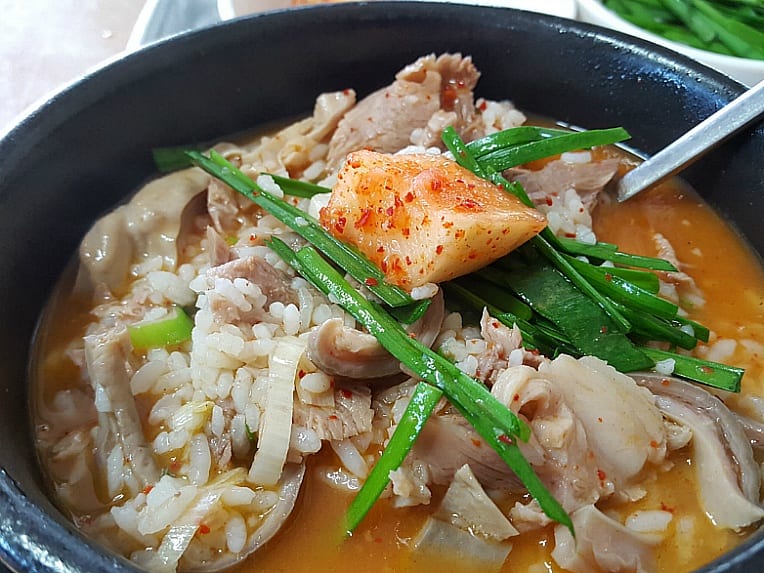 Looking for more of a snack? Eomuk is a dish you’ll find is very popular when travelling across South Korea but Busan’s eomuk really does blow the rest out of the water.

Eomuk are a type of fish cake normally made up of ground fish, pressed together and stewed to make something not dissimilar to a Western fish cake. As a  fresh seafood city, Busan’s eomuk naturally have a higher fish content with less of the extra-filling to pad it out, giving them that high quality edge.

You’re likely to find them sold as a street food around Busan so take the chance to pick one up as you explore the city. 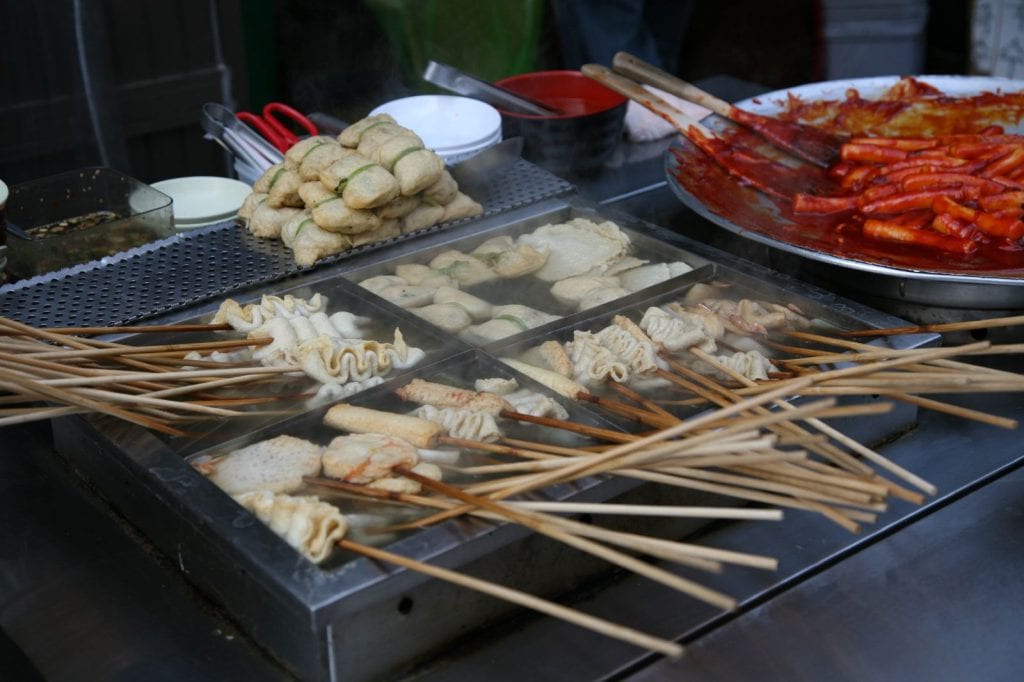 Like dwaeji gukbap, milmyeon makes for another noodle broth that’s an iconic Busan dish. The difference? Milmyeon is served with ice chunks in the broth, making it chilled and an ideal dish to eat when you’re looking for a substantial meal in the summer heat.

Unlike most noodle dishes, it’s made with flour-based noodles. The dish is normally topped with cucumbers and egg for that cool edge, along with some meat and some spicy chili paste to serve. 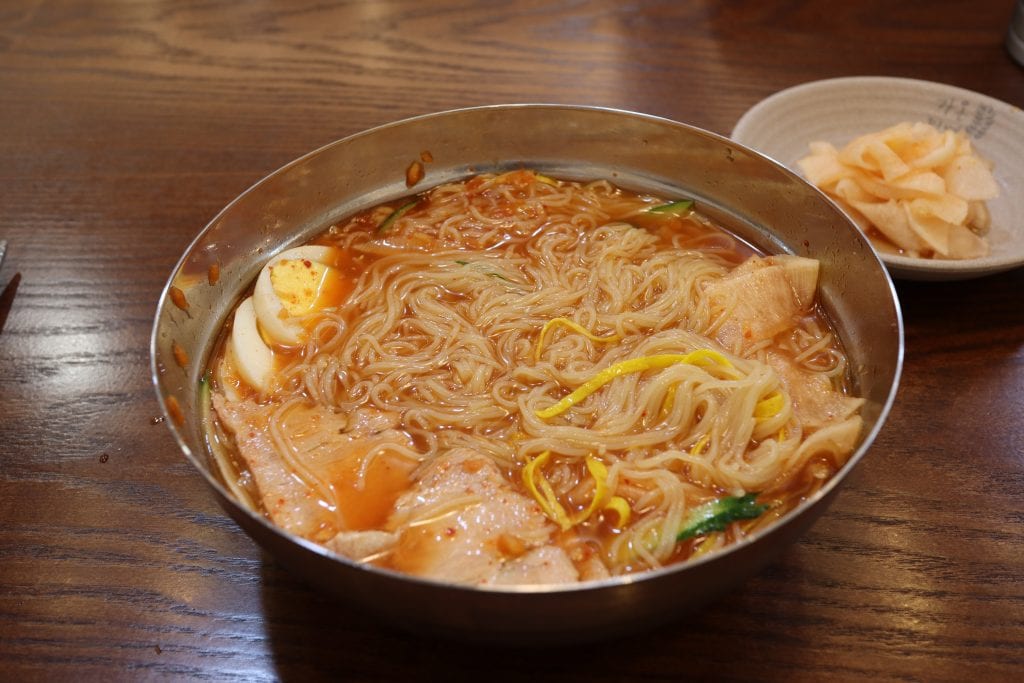 This dish is a cod fish soup that, in Busan, has a less spicy kick than the likes of northern cities such as Seoul. It’s a simple dish made up of cod boiled with seasoning and garlic. It’s a good one to have if you have a hangover or a heavy stomach. Enjoy the light broth and maybe add a little vinegar if you want more of a kick. 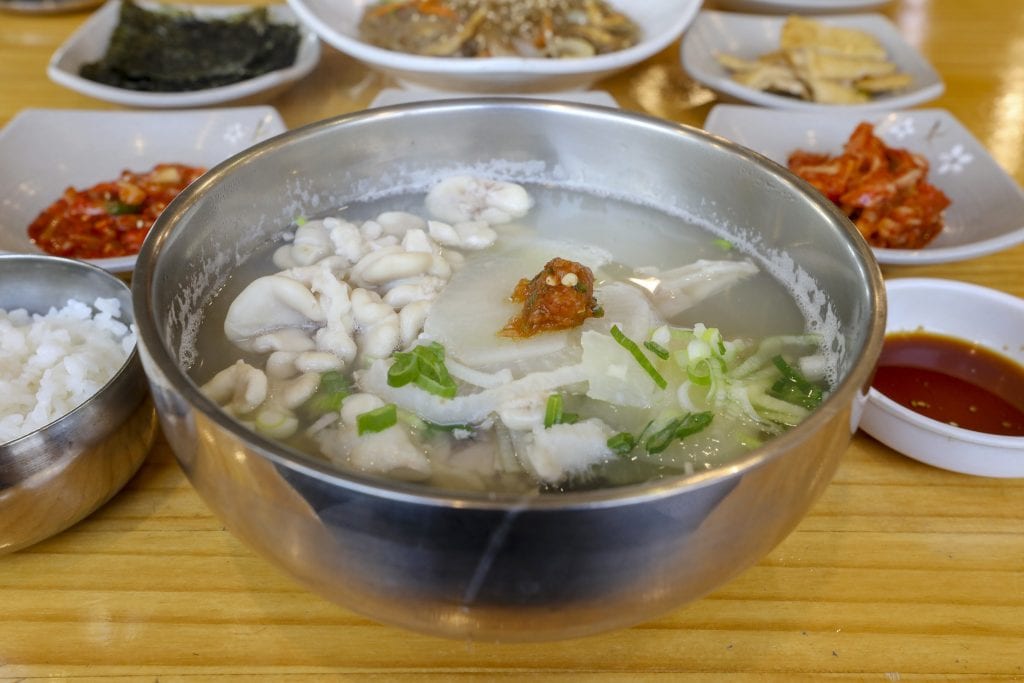 Chimaek (fried chicken) is food that’s very popular throughout the country. The name combines the Korean words for chicken and beer, making it pretty clear what it is: chicken served with beer. Although it’s common across the country we like to think it’s essential to have in Busan. Nothing beats sitting on the beach with a cold beer and some fried chicken. 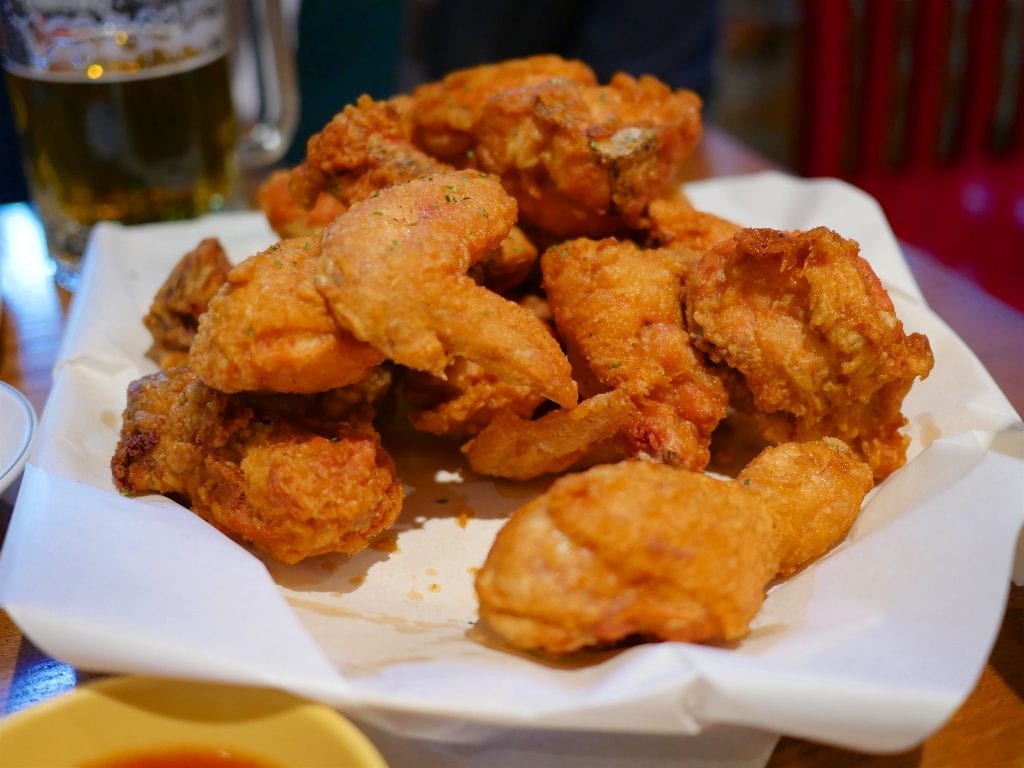 Bibim Naengmyeon is a noodle dish that’s a Busan speciality. During the war, the dish was made using ‘sweet potato noodles’ due to lack of food but nowadays most places serving it will give you glass noodles.

It’s normally served as noodles with veg on top along with a little bit of seafood or egg. 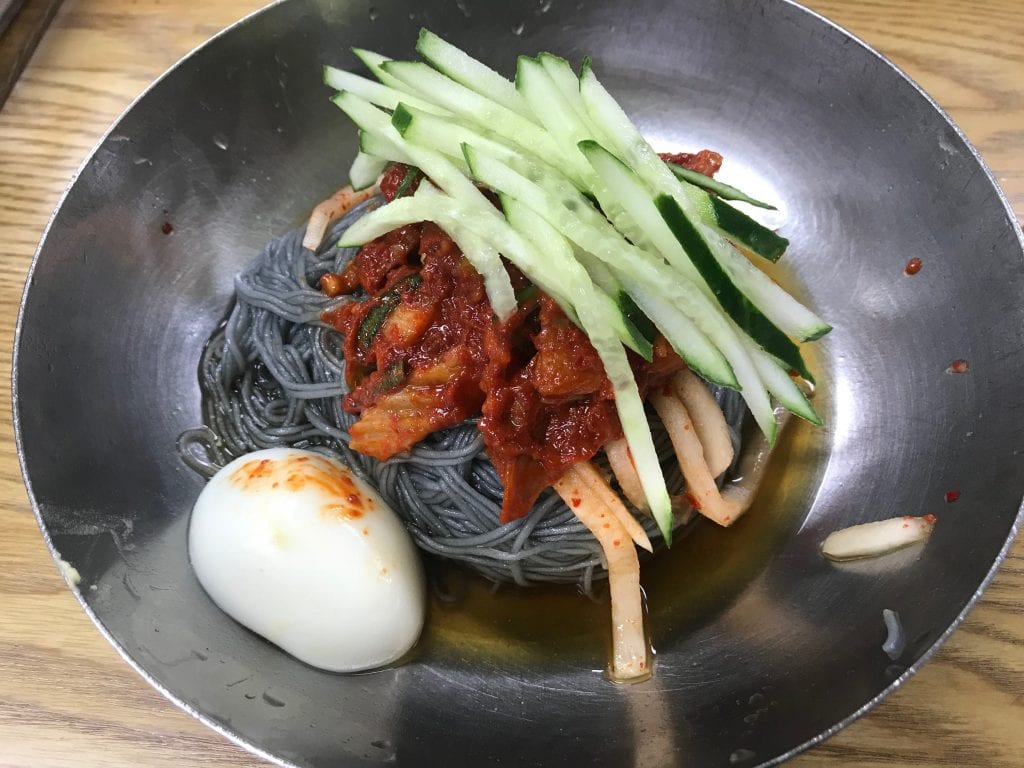