How Does Korea Punch Above Its Weight? The Dragon Trip

Our South Korea backpacker tour takes you into the heart of one of the world’s most exciting, dynamic and popular nations. The story of how it got there is every bit as fascinating as the incredible culture and beautiful scenery that awaits you there. Read on to discover how the world’s 109th biggest nation has risen to the top of so many varied facets of modern life. From digital prowess, education, pop music, sports to fighting pandemics- Korea is punching way above its weight!

As the Korean War drew to a close in 1953- the nation was staring down the abyss of economic ruin coupled with the scars of a war that had killed 10% of it’s pre-war population. Hunger and poverty was commonplace and the economy was largely reliant on foreign aid. With such a difficult starting point- it was hard for Korea to get out of the blocks and it remained one of the world’s poorest nations right up until the 1960s with per capita income of less than $100. This is roughly equivalent to that of the world’s most impoverished nations, today. This context makes the subsequent transformation all the more astonishing. The scale of the economic triumph is the equivalent of Lesotho rising from it’s position today to becoming the 14th largest economy by 2070. This economic strength has been both of a cause and effect of the other areas that we’ll look at. It’s hard to think of many countries that have utilised their strengths more effectively. The history of Korea’s economic growth is explored in a number of works and is worth examining in detail. For now, we’ll delve into the modern tenets of its success and plans for continued global influence.

Something you’ll notice right away in Korea is the modern nature of the cities and the country has been open to embracing change and the digital revolution. Korea has the second highest proportion of internet users in Asia and amongst the young- tech savviness is almost a guarantee. 98% of 18-24 year olds own a smart phone. As for the outdated concept of cash- Koreans undertake double the card transactions of their American counterparts and it’s now illegal to not accept card payments whatever the size of the payment- plastic is very much King. Whilst in Seoul it’s worth getting a glimpse into the future with a trip to the futuristic Telecom Technology Museum where you can experience homes, cars and phones of the future in a surreal experience. Amongst the highlights is a shopping trip where you can have avatars try on your clothes for you after having your body scanned to create the alternative version of you.

The digital savviness comes at a price with 14% of 9-12 year olds suffering from internet addiction. It’s also spawned a huge gaming culture in the form of Starcraft which is played by huge numbers of young people in cafes up and down the country. These subterranean screen-fulled rooms play host to groups of mainly young people who compete, eat and wile away hours there. It’s now become an actual career path too with competitions, endorsements and salaries of hundreds of thousands of dollars for the top performers. As with other disciplines, the path to the top is littered with failure and the obsession with gaming is a major social issue in modern Korean society.

Korea’s sporting success bears considerable parallels to its economic growth and it has emerged from nowhere to becoming an international sporting powerhouse across an impressive range of disciplines. In London’s 2012 Olympics, Korea finished 5th and also recorded a top 10 finish at their own Winter Olympic Games in 2018. The UK has never been able to be in the top 10 for both Games which puts into light how impressive it is to achieve this across a range of sports. This success is not only in the Olympics with Koreans rising to the top in a range of other sports. Followers of the Premier League will be aware of the brilliance of Tottenham star Son Heung Min who followed in the footsteps of Park Ji Sung who enjoyed a trophy-laden few years at Manchester United. The men’s national team also reached the World Cup semi finals in 2002 and have qualified for the competition on 10 occasions. This is unrivalled in Asia and eclipses the record of other football-obsessed nations in the region. In such diverse sports as baseball and figure skating- they also have representatives at the top of the game in the form of Choo Sin Choo and Kim Yuna respectively.

However, all this success pales in comparison to the utter domination that Korean women now hold in professional golf. As recently as 1998- no Korean golfer had ever won a major and the nation was a non-entity on the golfing scene. Fast-forward a mere 2 decades and the nation holds vice-like grip at the top of the sport with 4 of the world’s top 10, 39 of the top 100 and 144 of the top 500. These types of figures are not matched by any comparable global sport, at any point in modern history. They’ve managed this with a typically effective Korean teen development programme that has harnessed and improved the existing talent base coupled with power of role models. The generation after 1998 were known as Se-Ri’s kids – Pak Se Ri was the name of the first winner and her success enabled young Koreans to see it was possible to achieve great things. This approach bears similarities with that of the aforementioned sports. The Korean Institute of Sport Science has focused on making improvements to optimise the existing talent whilst the talent-base has grown through increasing participation. In 2012- there were 3600 sports clubs nation-wide and that figure has now almost doubled. Korean sporting success is not going to go away! 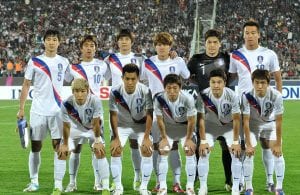 The PISA rankings are the education world’s Oscars and Korea has the kind of numbers that the UK government would love to report. Whilst the UK resides in the top 20- Korea is firmly ensconced in the world’s top 10 for maths, reading and science which makes it one of world’s top multi-disclipinary performers. The secret to its success appears quite simple: hard work, hard work and then more hard work. It’s typical for young Koreans to spend their day at school before then going onto to a hagwon. These hagwons are academies where students will learn an extra language, have help with their homework or take extra tuition in a certain subjects. It’s common for parents to spend huge sums on additional fees for education and to also employ private tutors. As Korea tries to ensure an education-life balance, they’ve cut the opening hours of these to close at 10pm but for many young people education is pretty constant. Korea’s secondary school completion rate of 98% is the highest amongst OECD countries.

This ferocious work ethic helps to explain some of the nation’s success and growth and is also reflected in their hard-working culture after leaving education. Koreans work on average 10 hours more a week than other countries in the OECD and have less sleep than their counterparts with a remarkable 21% working over 50 hour weeks– that’s more than 5 times the German equivalent. This has helped propel companies such as Hyundai and Samsung to the top of their respective industries.

It’s not only the aforementioned topics where Korea has excelled – they’ve also proved themselves as a global example in fighting global pandemics. In February, 2020, Korea was staring down an abyss. Cases were rising and the nation was at risk of becoming an international pariah with the virus having not yet taken hold in other countries. Their citizens were being barred from travel, the U.S State Department issued a warning against travel there and the prospects were looking bleak.  However, in typically efficient and effective style- the nation have turned the tables on the virus. At the time of writing, Korea lies 126th in terms of deaths per million in the population and has suffered 0.5% of the deaths of the UK and less than Spain despite a larger population. Plus- Korea has virtually no time to prepare for the pandemic and very little data on what approach to take. Whilst 282 Koreans have sadly died- their success in combating this has meant that they have not suffered anywhere near as much as many other nations.

How did they do this? Korea utilised many of the strengths that have enabled it to build success in other areas to achieve their goals of quelling the virus. Early on, they developed an aggressive track and trace system that ensured people who had interacted with carriers were identified and isolated. This track and trace system was deployed through the use of hundreds of epidemiological inspectors, use of card transactions and closed-circuit TV screens. They also worked with the private sector to build hundreds of high-capacity screening centres. This was combined with a social distancing campaign, quick closure of mass events and school closures. They also staggered lunch breaks at work and encouraged mask wearing across society. As for treatment- new hospitals were rapidly built and the government purchased adequate PPE supplies from the start. All this approach didn’t come out of nowhere – the country had undergone a series of trial runs in the years before the pandemic with a particular focus on 7 high risk groups.

The eyes of the world will continue to be on Korea as they emerge from this pandemic and lessons will be learnt from their approach.

We’ve managed to get through the whole blog without talking about the increasing exposure of Korea in popular culture. We’ll explore this area in another blog and look at the Hallyu movement – the Korean wave influencing music, entertainment and films. Given all this success – a Korea adventure tour in 2021 is bound to give you some good fortune…. 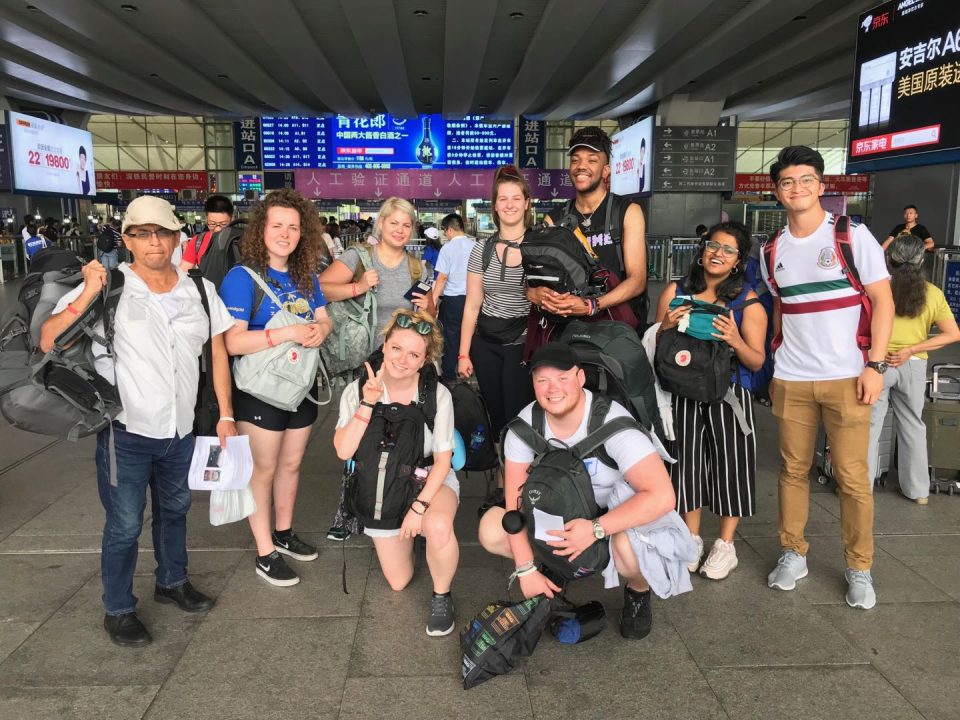 Looking Back on Some of our Favourite Memories 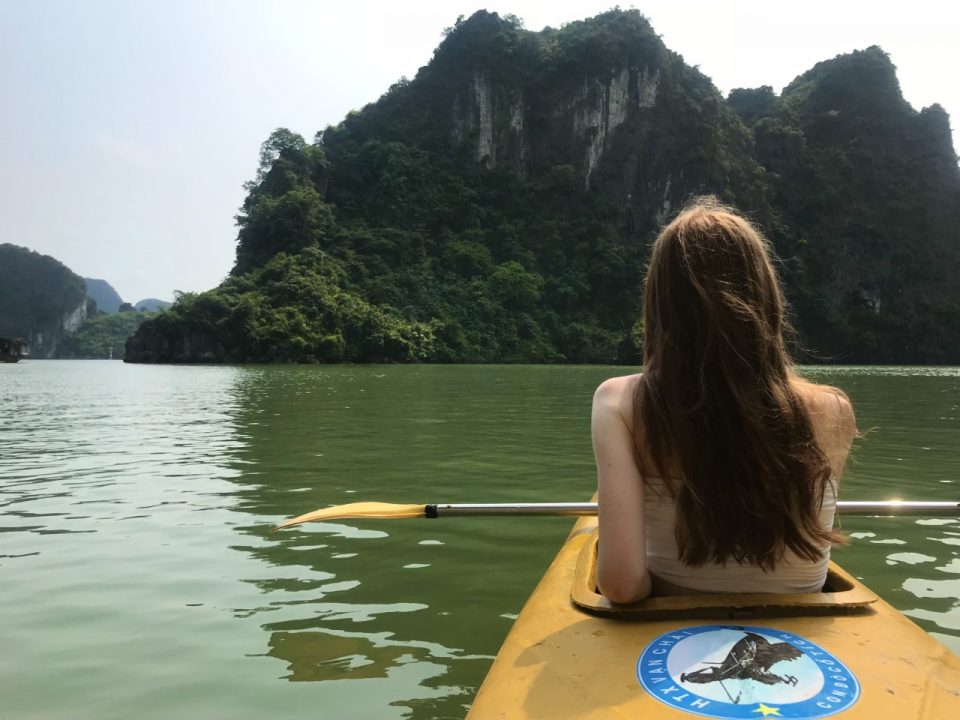