As The Dragon Trip launches our new budget adventure tour in Nepal, we’d like to introduce some of the people who make this tour possible. One such character is Major Ramprasad Gurung who has had a fascinating career. The Major oversees our Poon Hill trek and is a true expert in travel to Nepal. Read on to discover an intriguing slice of British-Nepali history.

Major Ramprasad Gurung was born in a village deep in the Himalayan Mountains and after a distinguished career in the Gurkhas, a Nepalese division of the British Army, he now arranges trekking expeditions for visitors to Nepal.

The history of the Gurkhas lies entwined with British colonialism and reading it today does raise difficult questions about Britain’s role in Nepal’s history.

Our team at The Dragon Trip are determined to ensure that any of our groups visiting Nepal are making positive impacts on the local communities they visit, and we appreciate Major Gurung’s guidance on how best we can achieve this.

Major Gurung arranges the 3 day trek to Poon Hill which is included on The Dragon Trip’s budget adventure tour in Nepal, and we hope you’ll get a chance to meet him on your trip there too!

Interview with the Major

Can you tell us about your upbringing?

I was born in Ghachok, a Gurung village to the North of Pokhara (one of the stops on The Dragon Trip’s adventure tour) below the famous mountain Machhapuchhare (also known as Mt Fishtail).

There was no school when I was 5 years of age so I learned Tibetan Lama script with my grandfather and I used to accompany his reading by playing Lama instruments such as bells, shells and cymbals. At the age 8, I started primary school then moved on to a high school in Pokhara which had been established by British Missionaries.

It was here in 1964 that I met a recruiter, who asked me whether I would like to join the British Army. After passing initial tests on chest size, height and general physique, I was invited to partake in the selection course.

Can you tell us what the Gurkhas are?

The Gurkhas are a group of elite soldiers from Nepal which became part of the British army in 1815 when Lt Frederick Young formed the first British Army Gurkhas from the defeated Gurkha army towards the end of Anglo Gurkha War. The Gurkhas have seen action in the North West Frontiers, WW1 and WW2, the Indian Mutiny of 1857, the Malaya Communist Insurgency, the Borneo Confrontation, the Falklands War, Kosovo, Iraq, and Afghanistan. 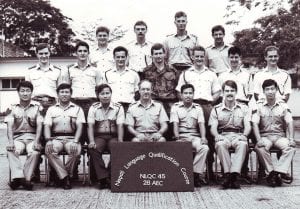 Was it tough to pass the selection process?

It is quite a competitive process, especially today as 30,000 men apply for 400 places, although it was easier when I applied in 1964. After walking 4 days from our home village, then taking a long, rickety bus ride, we arrived at the site of the selection course.

The first test was when the recruiters made us all of undress, then held our balls and asked us to cough in order to check our health – it was not the start to the selection process we had expected! I eventually passed all of the physical and medical tests and was enlisted into the Brigade of Gurkhas, receiving my army number 21156823.

What did you do in the Gurkhas?

I started as an army driver in Singapore and Malaysia, and was then transferred into the educational division, responsible for teaching Gurkha soldiers maths, English and map reading. I went on to become a troop commander in Brunei and after a varied career, rose to rank of Major, and was stationed in Hong Kong.

How did being in the Gurkhas change you?

I learnt a lot about life and I earned the money to build two houses. All my children were born in Hong Kong and they received free secondary school education. I travelled to places like UK, Germany, Brunei, Hong Kong, Singapore and Malaya and I learned to enjoy orienteering as an amateur sport, even participating in international championships. 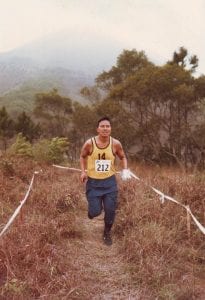 What was the biggest challenge you faced in the Gurkhas and how did you overcome it?

I had to live apart from my wife and children for 6 years, with them in Nepal and me in Hong Kong. I coped by keeping myself busy and pushing myself hard with physical endurance and exercise. My family were able to join me in Hong Kong from 1980 onwards.

What are some happy memories of your time in the Gurkhas?

The first promotion to Lance-Corporal in 1969 and being commissioned in 1981 were both very happy and proud times for me.

What did you do after retiring from the Gurkhas?

I joined The Hong Kong AA and Motorsports Club to be their event manager and after a year with them I returned to Nepal to run my own trekking business. A boost to our business was when we won the contract with British Airways Holidays. To this day, I still organise trekking, peak climbing, school expeditions and tours in Nepal, Tibet and Bhutan.

Can you tell us about some memorable adventures you have had leading groups of tourists in Nepal?

Over the more than 300 treks I’ve done there have been so many memorable moments: These include joining Prince Charles on the Royal trek in 1993 with a large group of British Airways Holidays in 1993, leading major treks around Annapurna and leading a group of French hikers who took 7 porters with them just to carry their wine in remote Lower and Upper Dolpo!

Can you tell us about a challenge you’ve faced trekking:

In 2009 I was leading an advanced trek on the Manaslu Circuit when it snowed heavily on the Larkya Pass. The snow was so deep that trekking through it became almost impossible. Team work with the porters allowed us to pull each other through the deep snow drifts and we all made it safely back to camp.

Don’t worry, the Dragon Trip trek to Poon Hill is a lot more gentle with no chance of snow drifts, although the views are just as stunning!

The simple things make a huge difference, always smile and wave to local people, and be respectful when taking photos of them, always just ask first.

I suggest you avoid giving to beggars as it can encourage more people on to the streets and try to eat in local restaurants where ever possible to support local communities. Your guide will know which local restaurants are safe and hygienic and even in the more remote restaurants you can always find a dish called dal bhat which visitors to Nepal always love.

Can you tell us more about your family?

My wife Gyanu assists me in running our trekking business. My son who was born in 1971 and lived in Hong Kong, but sadly passed away in 2018. His son Bipul, my grandson, now lives in Sidney and my eldest daughter, Ganga, and her 4 children live in London, where she worked at the at the Royal Mersdan Cancer Hospital. My youngest daughter, Dr Mira Gurung, also lives in London and works at Northwick Park Hospital. I wish that all my grandchildren will receive a university education and can find jobs in their chosen field.

I look forward to meeting many of you on your adventure tour of Nepal with The Dragon Trip!

Ready to explore Nepal? Take a look at our tour here, or browse our other adventure travel tours. Drop us a message in the chat box below or send us an email at trips@thedragontrip.com to find out more! 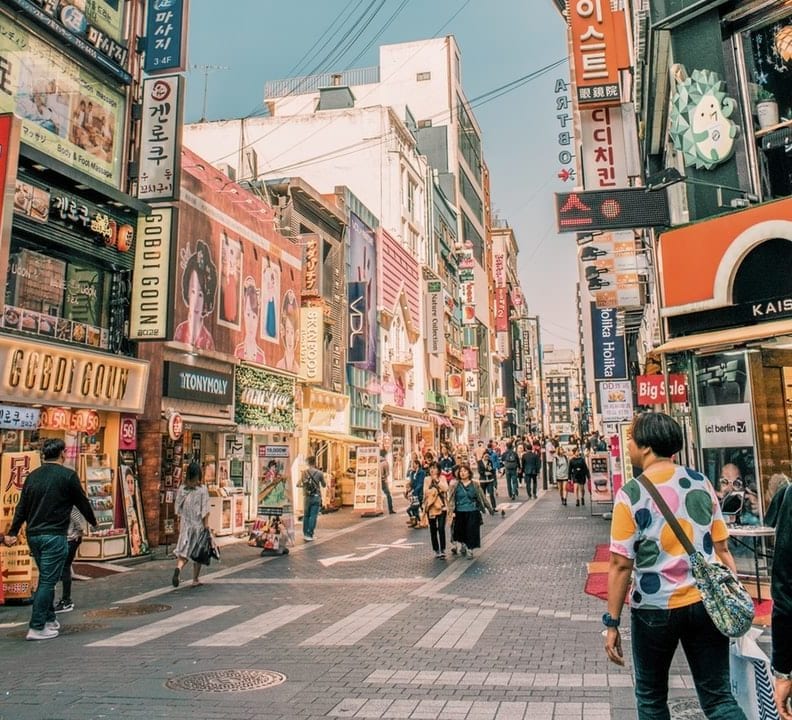 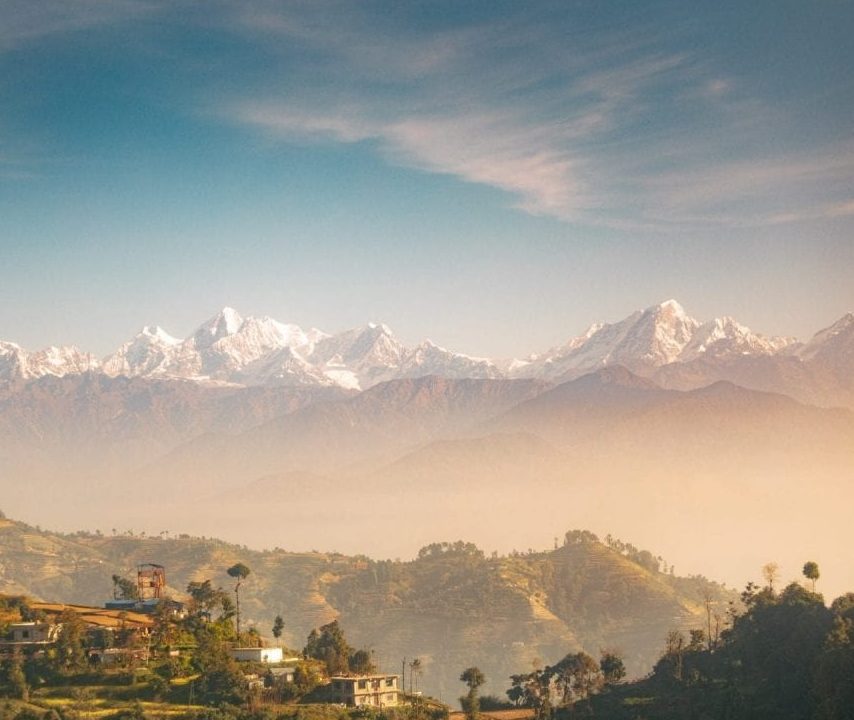 5 Unmissable Things to do on a Nepal Backpacker Tour